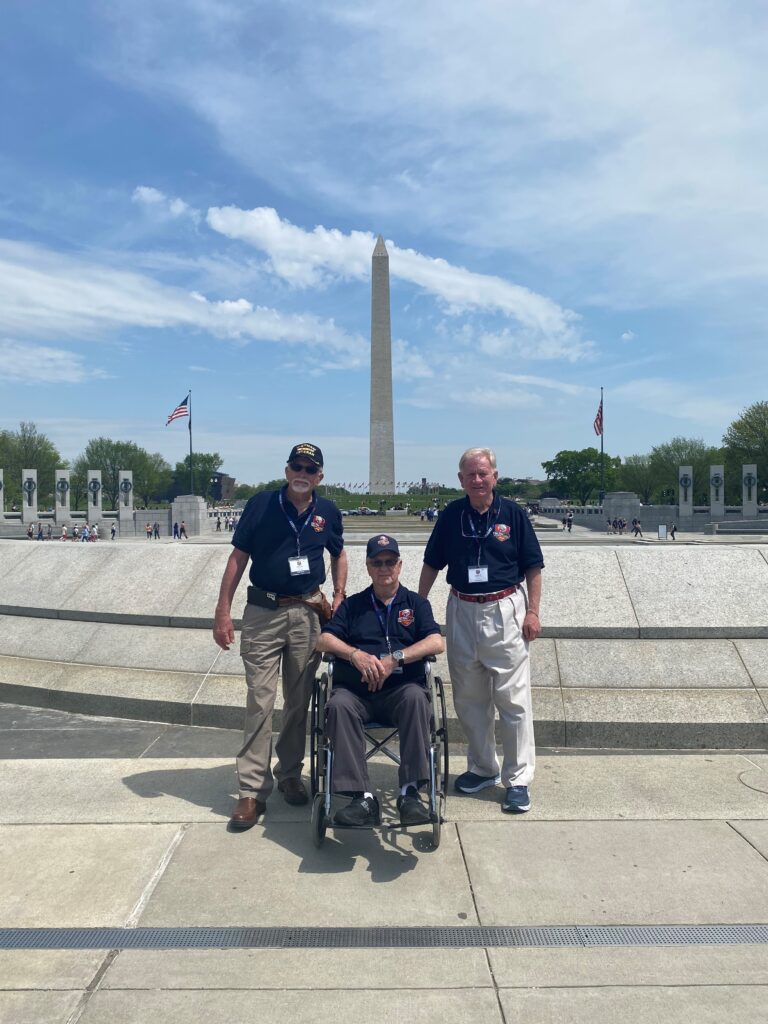 We are excited to share with everyone an experience one of our residents recently had. Mr. Gambrell was invited on the Blue Ridge Honor Flight.

It has been over 47 years since he last visited Washington.

“April 23rd I was able to participate in the Blue Ridge Honor Flight from Asheville to Washington D.C. It has been 47 years since I have visited Washington D.C and boy has it changed. There were 186 passengers on the flight and each veteran was assigned an escort. The plane left Asheville 8:00am and arrived at the Baltimore/ Washington International Airport around 9:45am. We loaded on to four buses that were lead by a motorcycle escort into Washington D.C. Throughout the day, I met so many friendly people that helped me understand the importance of this trip in a way that touched my heart at during every moment of the day. The first stop was the Lincoln Memorial, where we had our picture made and were greeted by a Jag General. She gave a short speech, then had an honor guard laying of wreaths followed by the playing of Taps. This was an emotional moment for us all! There was one WWII veteran, about fifteen Korean veterans, and the rest were Vietnam veterans.

The General and her aid presented us with a Vietnam challenge coin. This coin is ceremonially not handed to us, but it is held in the palm of their hand and given to the recipient during a handshake, passing from the right hand of the giver to the right hand of the awardee. From there I visited the Vietnam, Korean and WWII memorials. I also    saw the Marine Corps war memorial (IWO IIMA memorial). I made sure to visit the changing of the guard in Arlington which was a delight to experience!

We finally headed back to BWI with a highway patrol escort. We did not make a single stop as traffic ahead of us was made to clear a path. If only traffic was like that for me           everywhere! Throughout the day our escorts made sure to provide meals “on the house.” When we arrived back in Asheville our group was greeted by at least 100 flag waving well-wishes welcoming us back home. It was very emotional for us. Most Vietnam veterans will understand what this greeting means, as many of you know how returning soldiers were treated on their return home. While walking by with a big smile on my face, I told them well-wishes it was a great trip and very well-organized chaos!

This trip was beyond amazing; I knew some of the men on the flight but met and made many new friends. We shared lots of laughs that were followed by many tears. I would say this trip was much more than fun, it was an experience that was healing and insightful. I was blessed beyond belief and privileged to have been chosen for this flight.”