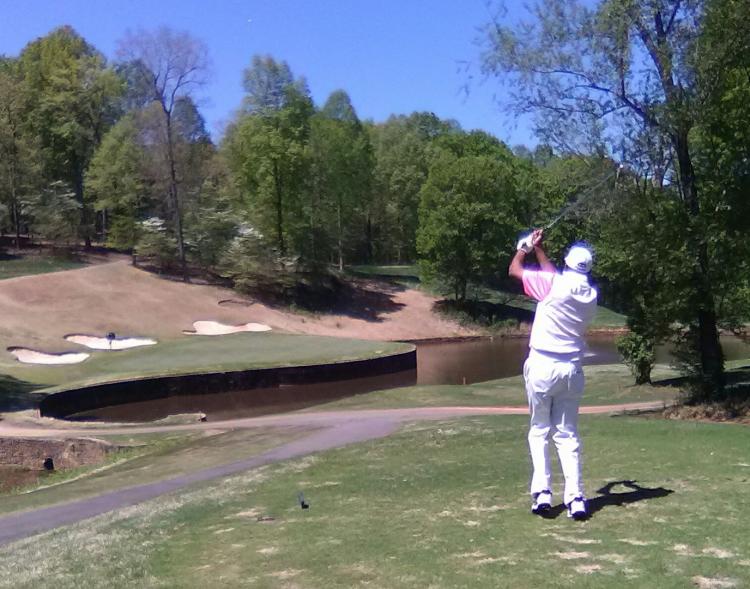 Mr. Cecil Foster, a resident of Givens Gerber Park and Asheville native began his love for golf when he was in the 9th grade as a caddie at the Biltmore Forest Golf Club. Throughout his time as caddie, he had the opportunity to learn from many great players. Among the best known was Payne Stewart, an American professional golfer who had won 11 PGA tour events and was a frequent visitor of the Biltmore Forest Golf Club. Mr. Foster also played alongside Lee Elder, the first African American to play in the Masters Tournament, and Pete McDaniel, best-selling author and National Black Golf Hall of Fame inductee. After watching and learning for many years, Mr. Foster started playing golf in 1970 and joined the Skyview Golf Association in 1982.

Mr. Foster enjoys the courses at Black Mountain Country Club, Broadmoor, and Reem’s Creek but his favorite golf course is the Asheville Municipal Golf Course, known locally as “Muni”. A recent documentary was made about “Muni” to tell the story of African American caddies turned players who despite Jim Crow laws and the lasting effects of racism built a rich and vibrant golf culture on this historic municipal course. You can view the documentary “Muni” at https://protect-us.mimecast.com/s/AEdzCW6lP9hnLALUxZjYT?domain=callawaygolf.com

The Skyview Golf Association was founded and incorporated in 1960 as a not-for-profit organization to promote golf competition among African American golfers throughout the United States. It was also intended as a stepping-stone to prepare African American golfers for the Professional Golf Association’s (PGA) tour. This was the beginning of the long running summer golf tournaments that still exist today.

The very first Skyview Tournament was an all-African American event with 50 participants. The next year, tournament integration began when Dr. Robert McGuffie, a local pediatrician, and Walt Gossett, both Caucasians, participated, which opened the tournament’s doors for all people to participate. Since that first tournament with only 50 people, the tournament has grown consistently each year.

Today, the Skyview Tournament is one of the largest tournaments in the southeast. The annual tournament is hosted at the Asheville Municipal Golf Course designed by world famous golf course designer Donald Ross. To learn more about the Skyview Golf Association go to https://skyviewgolfasheville.com/